Keynote, Wednesday, 9:00am: The Opportunity in Asset Management 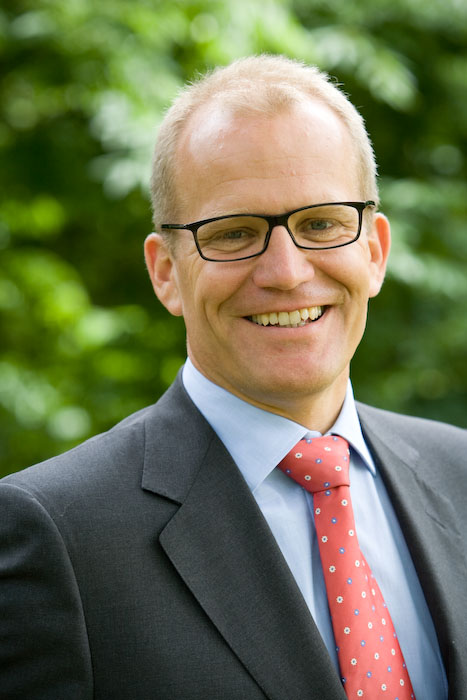 Dag Detter is Managing Director of Whetstone and a Fellow at Legatum Institute. Previously he was the President of Stattum, the Swedish government holding company and Director of State Enterprises at the Ministry of Industry, he led the first transformation of state commercial assets.
He specializes in identifying underperforming high-potential assets and advising in the acquisition/disposal process for private and public institutions.

The former investment banker and advisor to the private equity sector has also served as an advisor to the IMF, World Bank, IFC and the OECD on the development of state commercial assets. He was also an advisor within the corporate, real estate and financial sector in China and Europe.

Dag has in-depth industrial experience and has served as Non-Executive Director on a number of boards of private and public companies including Telia the Swedish telecom company, Celsius, the European defense contractor and DTZ, the international real estate corporation.

Born in Sweden, he holds a degree in Business and Sinology from Sweden and has studied classical Chinese history in China.

Dag has co-authored: The Public Wealth of Nations – How Management of Public Assets Can Boost or Bust Economic Growth 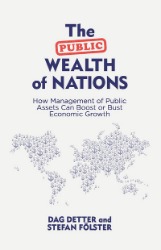 This book shows that public wealth is vast and could be put to much better use.

Most countries’ public wealth is larger than their public debt. While managing debt has become a matter of great concern during the financial crisis, public wealth remains opaque and largely ignored.

The polarized debate between privatizers and nationalizers has missed the most important point – the quality of asset management.

According to our calculations an achievable improvement in public wealth management would yield returns greater than the world’s combined investment in infrastructure such as transport, power, water and communications.

This book explores how some countries are experimenting with institutional setups, such as National Wealth Funds that achieve sounder management and cleaner democracy.

An extract from the Foreword written by Adrian Wooldridge, The Schumpeter Editor of The Economist

IT IS not every day that you come across a new idea in public policy. After the burst of creativity of the 1990s statecraft is becoming sterile. The left is retreating into the big government ideas of the 1970s. The right is failing to address the great problems of our time such as rising inequality. The left demonizes the use of market-mechanisms to improve the state. The right demonizes the use of the state to address market failures. At a time when tech-entrepreneurs are reinventing the world public policy-makers are reinventing the wheel.

The idea of the public wealth of nations is just such a new idea. It identifies a problem that few people had realized exists. It shatters the tired categories of left and right. And it suggests a relatively pain-free way of boosting economic growth. 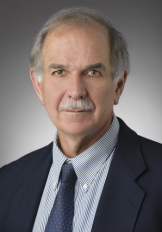 Thomas W. Smith, MS, is a Program Director in the Department of Engineering Professional Development, University of Wisconsin–Madison. Currently focused on research and continuing education in the area of physical asset management. Served as a U.S. delegate and task group leader for ISO Standards Committee on Asset Management (ISO 55000:2014). Member of the Faculty of the Institute of Asset Management. Author of a series of whitepapers on asset management in real estate and commerce, published by the Newman Real Estate Institute, Baruch College, City University of New York.

Founder of the UW’s Master of Engineering in Professional Practice (MEPP) degree. This is a fully online master of engineering, designed for mid-career engineers seeking to improve their technical leadership skils and to move up their organization’s technical ladder.

Previous research experience with the UW’s Institute for Environmental Studies and teaching and public service in energy management and energy auditing. 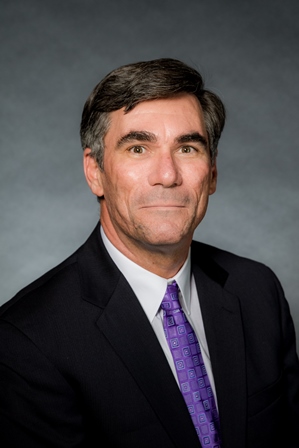 John Bernhards serves as the Associate Vice President for APPA, the leading international organization for educational facilities with over 1,300 member institutions and 8,000 active facilities and physical plant professionals. John is responsible for overseeing APPA’s operations and services. Additionally, John serves as the staff liaison to the APPA Standards and Codes Council. The Council actively monitors national and international standards and codes activities, and introduces recommended language and changes to existing and pending standards and codes impacting the educational facilities environment.   Additionally, John serves as the APPA representative on the U.S. Technical Advisory Group to the ISO Technical Committee 267 – Facilities Management, which formulates and submits standards language contributions and recommendations, on behalf of the U.S., into the ISO committee. John also previously served for ten years as an association executive and publications author for the Building Service Contractors Association International, and managed educational programs and services in support of the facilities maintenance profession. 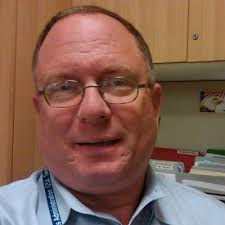 Bob Holcombe has been with GSA since 2002, ans previously worked at various Federal asset management positions including U.S. Department of Justice where he managed agency personal property, and at NASA’s Washington, D.C. Headquarters as Supply and Equipment Management Officer. 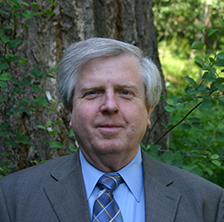 Head of US Delegation to ISO PC/251 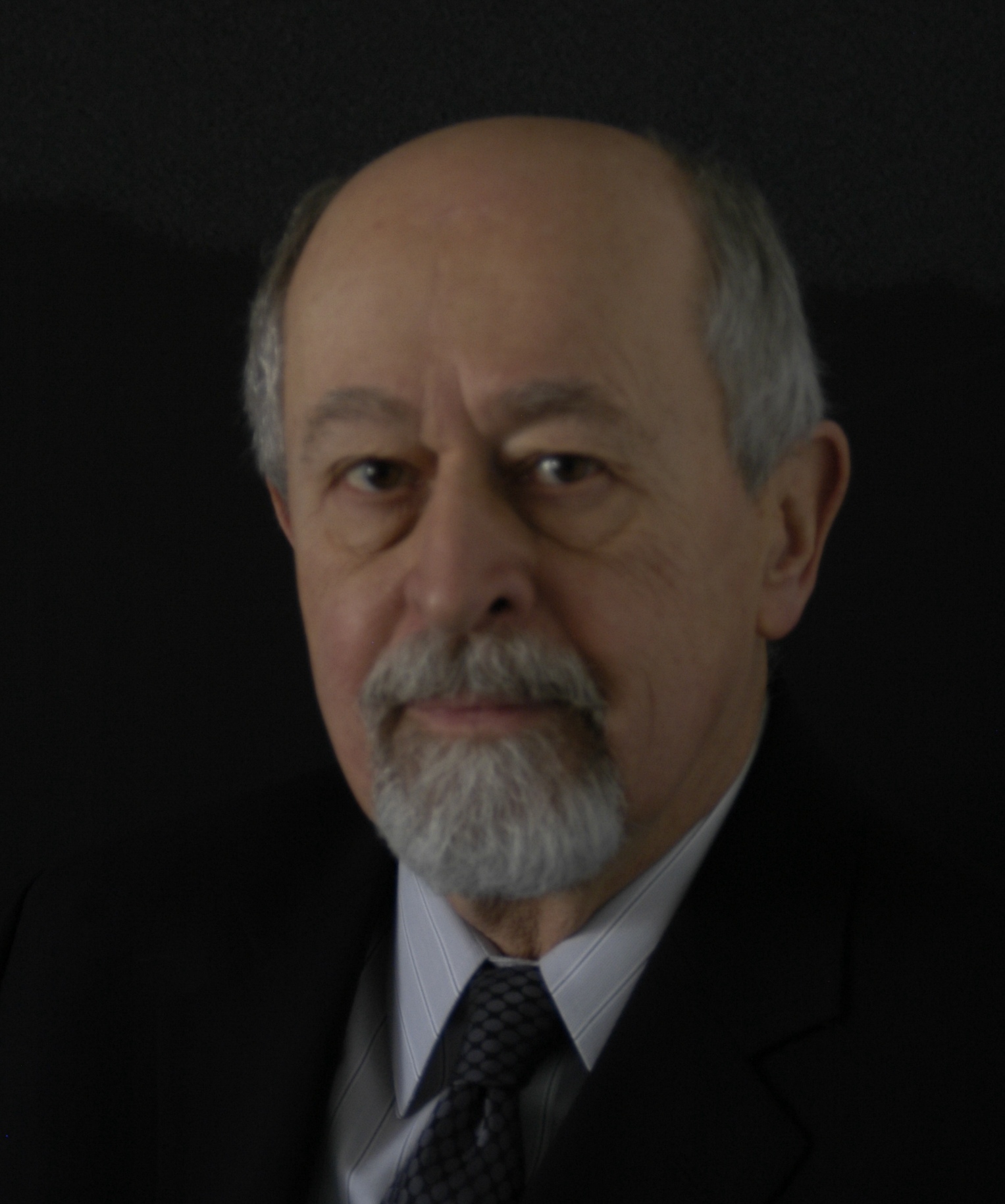 Jim Dieter is a leader of the international Asset Management community. He is head of US Delegation to ISO TC/251 for ISO 55000, and has written seven ASTM Asset Management standards. As Senior Advisor with Turner & Townsend AMCL, and founder and Executive Director of the Asset Leadership Network, Jim’s involvement in multiple sectors as an asset management operational leader and strategic consultant for multinational corporations and government agencies continues. 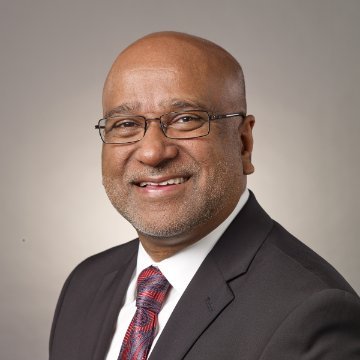 As the Deputy Associate Administrator for the Office of Asset and Transportation Management, Mr. Kurien is responsible for developing and implementing effective government-wide policies and guidance to provide a structured framework for agencies to achieve economical and effective management processes for government assets policy program areas, including aircraft and motor vehicles, personal property, real property, transportation, mail, passenger travel, and relocation allowances and entitlements – with a sphere of influence of $4 trillion. This Office also manages several interagency committees to promote best practices, transparency, and accountability, and provides advice for establishing and managing Federal advisory committees, as mandated by the Federal Advisory Committee Act.

Prior to his position at GSA, Kurien served the U.S. Department of State, joining in 1999 as a Senior Real Property Advisor and promoted in 2004 to Director of the Office of Strategic Planning. Through establishing policies and effective program management, Kurien saved the American people over $775 million during his tenure with State. In Iraq, he managed a comprehensive U.S. government real property strategy for transitioning from the Coalition Provisional Authority to a U.S. embassy. Kurien administered State’s annual $2.6 billion Capital Security Construction and Maintenance Cost Sharing programs and formulated the security priorities and holistic requirements for the construction of 135 newly opened embassies and consulates in five continents. 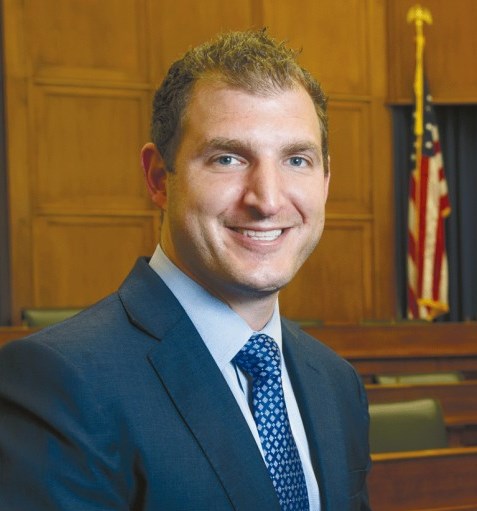 Mr. Martinko’s diverse public policy and management experience includes service as executive director of the Port of Pittsburgh Commission; deputy staff director of the U.S. House of Representatives Transportation and Infrastructure Committee (T&I Committee); chief of staff to Congressman Bill Shuster (R-PA), chairman of the T&I Committee and a member of the House Armed Services Committee; and director of floor debate for former House Republican Conference Chair Deborah Pryce (R-OH)
During his distinguished career as a Congressional staff member, Stephen played an integral role in enacting major initiatives into law in nearly every mode of transportation. Among his accomplishments, Mr. Martinko was the lead staff negotiator for the Water Resources Reform and Development Act (WRRDA) of 2014, served as a member of the senior strategy and negotiating team for the most recent surface transportation bill (MAP-21), and oversaw enactment of ground-breaking pipeline safety legislation. 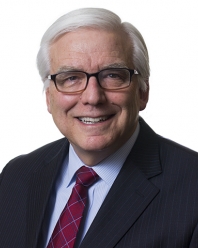 As the most senior Congressional aide to leave the water policy and infrastructure staff in a decade, John Anderson provides VSA’s clients with an insider’s perspective on water resources issues. He offers advice on a range of issues including water resources development, conservation and management, water pollution control and water infrastructure, and hazardous waste cleanup.

Dr. Nicole Carter is a Natural Resources Specialist with the Congressional Research Service at the U.S. Library of Congress, Washington, DC and 2011-2012 Fulbright Scholar

Her research aims to identify policies that may increase energy’s water use (e.g., promotion of some climate mitigation and renewable electricity technologies) and policies that are or could be used to manage this use. The results could inform water, energy, and climate policy in Australia and elsewhere.

National Academy of Sciences, Water Science and Technology Board

Jeffrey Jacobs is the Director of the Water Science and Technology Board (WSTB) at the National Academy of Sciences, Engineering, and Medicine in Washington, DC. The WSTB serves as an independent advisor to the U.S. Congress, federal agencies, and other entities through volunteer expert committees on a variety of national water science and related policy issues. In his 18 years at the NRC, Jeffrey has directed several National Academies studies of prominent U.S. water issues, including Mississippi River and northern Gulf of Mexico water quality, Colorado River hydrology and climate, New Orleans hurricane protection, National Flood Insurance Program premium affordability, and U.S. Army Corps of Engineers infrastructure, and planning principles and methods. He also has conducted extensive research on water planning issues in Southeast Asia’s Mekong River basin. Jeffrey holds a PhD degree in geography from the University of Colorado. 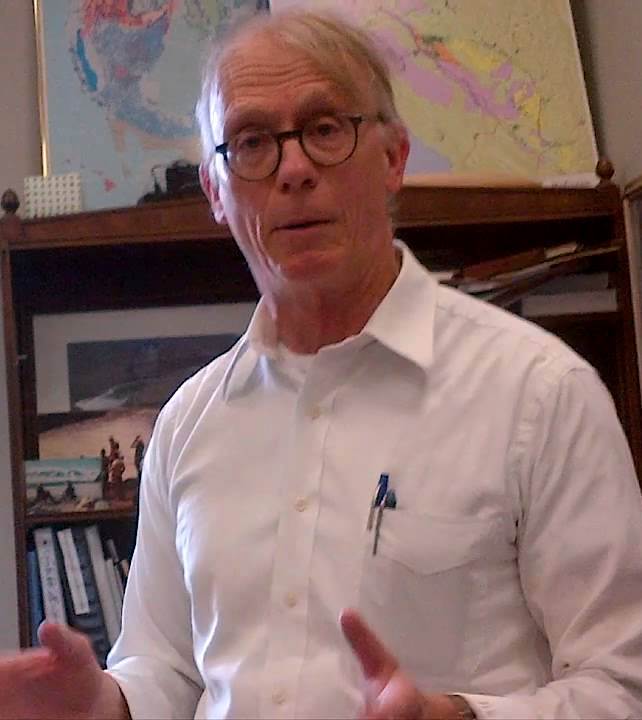 David Wegner recently retired from the Senior Staff of the Committee on Transportation and Infrastructure for the U.S. House of Representatives in Washington D.C. His background is in the natural sciences, fluvial geomorphology and civil engineering, public policy development, the Clean Water Act, the Endangered Species Act, Tribal and western water, and the National Environmental Policy Act.

Dave began his career working for the Minnesota Department of Natural Resources doing limnology assessments in the Boundary Waters Canoe Area. Subsequent work included engineering and environmental analysis associated with the development of the Central Utah Water Project. After completion of a Master’s Degree in Hydraulic Engineering and Natural Resources he returned to the Department of the Interior where he focused on developing the first limnological survey of the Upper Colorado River basin reservoirs. From 1982 through 1996 he was Program Manager for the Glen Canyon Environmental Studies – the first assessment of the operations of Glen Canyon Dam and Lake Powell on the Grand Canyon. In 1997 he started his own international environmental small business and focused on dam and ecosystem impacts on rivers around the globe.